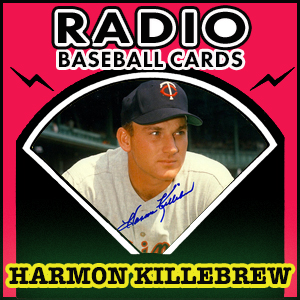 Harmon Killebrew remembers his first day in the big leagues in 1954, which was also the first Major League game he ever saw.

Hall of Famer Harmon Killebrew celebrates the 53rd anniversary of his first big league appearance, which occurred on June 23, 1954. As a pinch runner, he couldn’t believe that he was on the same field with some of his childhood heroes.