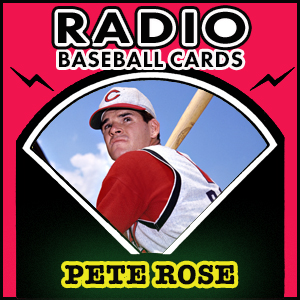 Pete Rose has a tremendous knowledge of baseball history. He shares his thoughts on who he believes was the game’s greatest player.

After Pete Rose completed his playing career as one of the most celebrated baseball players ever, he became a playing manager, then managed the Cincinnati Reds from 1984-1987. Beyond playing, Rose had a tremendous knowledge of baseball history. He shares his thoughts on the game’s greatest player.

Just my 2 cents, but since Pete was banned for life from baseball, he should be told that after he dies he’ll be eligible for induction to the Hall of Fame. I have a serious issue with “life” being in perpetuity. And for that matter, Shoeless Joe Jackson should be in the Hall too!